A victory for human Rights: Meriam is released today!

Our collective advocacy work paid off:

Today’s release of Meriam Yehya Ibrahim, a Christian Sudanese woman sentenced to death by hanging for ‘apostasy’ and to flogging for ‘adultery’, is a step towards undoing the horrific injustice visited on her, said Amnesty International today.

Meriam was released from Omdurman Woman’s Prison today after an appeal court found her not guilty of both charges. She is now with her husband and her two children.

“Today’s ruling is a small step to redressing the injustice done to Meriam,” said Sarah Jackson, Deputy Regional Director at Amnesty International.  “However, she should never have been prosecuted. Meriam was sentenced to death when eight months pregnant for something which should not be a crime. Furthermore, her abhorrent treatment, including being shackled, violated international human rights law against ill-treatment.”
Meriam’s case attracted more than a million Amnesty International supporters to take action calling for her immediate and unconditional release.
“Amnesty International would like to pay tribute to all those who contributed to this massive showing of support,” said Sarah Jackson. “Their letters showed the Sudanese authorities that people around the world were outraged by Meriam’s ordeal”.

“Amnesty International will continue to urge the Sudanese authorities to repeal provisions that criminalize acts of apostasy and adultery so that nobody else in Sudan has to endure the same ordeal as Meriam and to establish a moratorium on executions as a first step towards abolishing the death penalty.”
Posted by Blog Maintainer at 10:40 PM No comments:

Amnesty Chapter on ACTV Channel 12 : In Support of Torture Survivors

Martha Spiegelman, Coordinator, and Mohamed Elgadi were interviewed by Isaac Ben Ezra, the producer and host, for 30 min to speak about the human rights situation locally and globally.

Amnesty leaders covered the cruel solitary confinement in the US; the horrific torture and kidnapping of Nigerian school girls by the terrorist org Boko Haram; freedom of religion in Sudan, and state-run secret torture centers in Sudan (aka Ghost Houses).  The host, Ben Ezra, dedicated more time to discuss the case of Mariam Yehya Ibrahim that was featured in the news when she was sentenced to death for 'apostasy' allegation in Sudan.

Here is the Video:
Posted by Blog Maintainer at 11:16 PM No comments:

Abductions Near Town Where Students Were Grabbed Reflect Lack of Protection 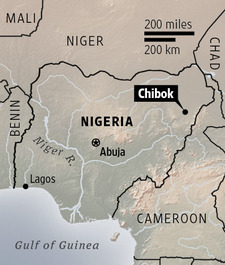 ACCRA, Ghana—Nigeria's Islamist insurgency on Monday kidnapped some 20 girls just miles from a small town where the group abducted several hundred schoolgirls in April, local officials said, in an attack that exposed the military's absence in an area the president pledged to protect.
The village of Garkin Fulani was preparing for its weekly market early Monday when Boko Haram fighters pulled up in a tractor trailer and began pulling young girls into the truck, said Adu Ibrahim, the area's chairman for a vigilante group called the Civilian Joint Task Force.
Source
Amnesty International: 9 May 2014

Amnesty International has confirmed through various sources that Nigeria’s military headquarters in Maiduguri was aware of the impending attack soon after 7:00 PM on 14 April, close to four hours before Boko Haram began their assault on the town.
Posted by Blog Maintainer at 10:53 PM No comments: