Protesters want to put an end to torture

Thousands of people have been tortured all around the world

AMHERST, Mass. (WWLP) – Amnesty International is holding rallies across the nation, including Amherst, to shed light on a senate report on C-I-A torture. 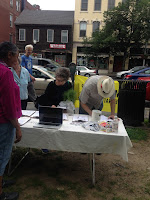 Thousands of people have been tortured all around the world. According to a senate report, the C-I-A is ALSO responsible for carrying out torture tactics. 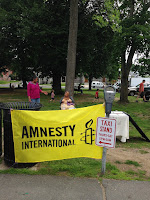 Many people came together at the Amherst Common to speak out against that. They say the Department of Justice isn’t doing enough to end C-I-A torture tactics after the senate report was release. One Amherst resident, who was tortured himself in Sudan back in the 90s said, torturing is NEVER the way. “OK, two important things: torture is wrong, number one, ethically, religiously, politically, anything, it’s wrong. So, information, no, it’s wrong, completely wrong, does not give you any information,” said Mohamed Ibrahim.
Rallies, just like this one, were held in eight cities across the nation, including Boston, New York, San Francisco and Washington D.C.
Amnesty International was joined by several other anti-torture organizations to shed light on what many people are saying is an injustice and against international law. 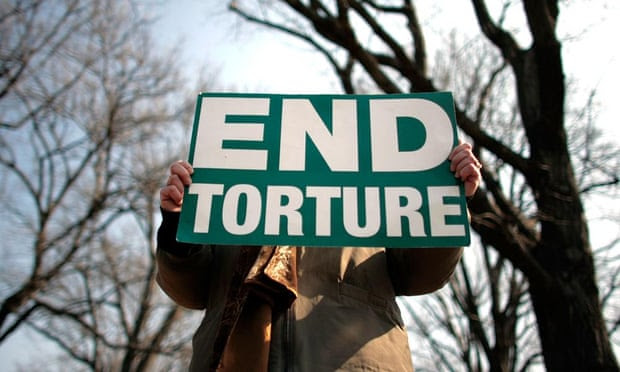 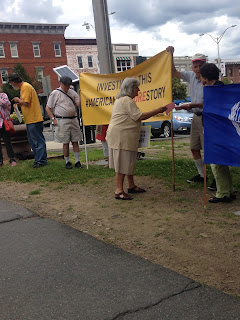 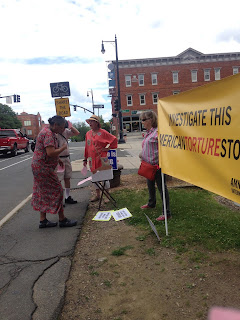 THE ANTI-TORTURE DEMO STARTS AT  1 PM,  FRIDAY,  JUNE 26,  ON AMHERST COMMON,  NORTH END.
Here are few pics from the picketing this afternoon

Posted by Blog Maintainer at 7:32 AM No comments: