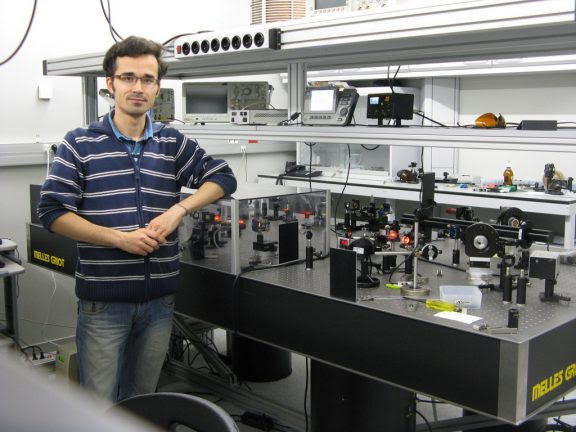 "Thanks to your untiring efforts, we have received a few pieces of good news on Iran the past couple of months. First of all Omid Kokabee, the talented young physicist pursuing doctoral research at the University of Texas, Austin who had been arrested in January 2011 and sentenced to ten years in prison on unsubstantiated national security charges, was granted a conditional release from prison; he had been out of prison on a medical furlough for several months to receive much needed medical care--including an operation to remove a kidney--and will not have to report back to prison. Amnesty International declared him to be a prisoner of conscience and Amnesty activists sent tens of thousands of letters and signatures on petitions to the Iranian authorities calling for Omid Kokabee's release.

Amnesty's Rhythm and Rights program collected thousands more signatures on petitions collected at concerts they tabled. Amnesty worked closely with many organizations including the Committee of Concerned Scientists, the American Physical Society, the International Campaign for Human Rights in Iran and Scholars at Risk, as well as Omid's many friends and colleagues at the University of Texas, among others.

We reached out to all the living Nobel Physics prize laureates and thirty-three of these eminent scientists sent letters to the Iranian government urging Omid Kokabee's release.

We delivered these letters together with many other letters and petitions to the Iran U.N. Mission in New York. Iranian-American actor and comedian Maz Jobrani also taped a statement calling for Omid Kokabee's release.

Omid Kokabee had been the included in several of Amnesty International's Nowruz Actions and his family informed us how delighted Omid and his family were to receive so many cards from caring people in the US and other countries.

We were alarmed when Omid Kokabee was diagnosed with kidney cancer. He was only granted medical furlough after his disease had become very critical. Because of your activism he was allowed to get proper medical care and ultimately granted his conditional release. He is now recovering with his family and picking up his Physics studies. "
Posted by Blog Maintainer at 5:17 PM No comments: